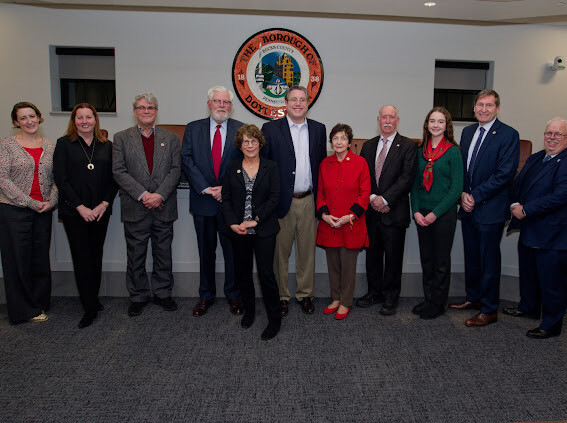 Boroughs are governed by an elected Council. In Doylestown Borough, this Council consists of nine members serving four (4) year terms. The Borough is divided into three Geographic Wards, each with three (3) Council Representatives. View the Ward Map here.

Council's major duties include the enactment of legislation, the raising and spending of public money, land use regulation, and the provision of public services.

By law, Council must meet at least once a month to conduct its business. Pennsylvania's "Sunshine Act" requires that Council take all official actions in public at such a meeting and that the public be notified and provided an opportunity to comment at these meetings.

The Mayor is elected at Large to a 4-year term, and serves as the "weak executive".

Municipal Government in Doylestown dates to 1838 with the incorporation of the Borough of Doylestown, one of approximately 2,500 municipalities in the Commonwealth of Pennsylvania.